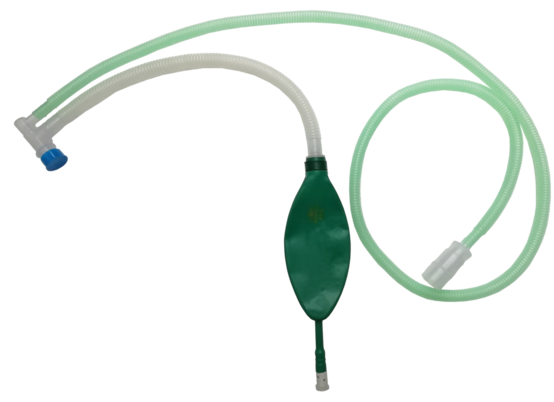 Jackson-Ree is the modification of the Ayre's T-piece sometimes known as the Mapleson F system connects a two-ended bag to the expiratory limb of the circuit through the bleed valve at the tail of the bag. Intermittent positive pressure ventilation may be performed by closing the bleed valve. Alternatively the bleed valve which employs an adjustable resistance to gas flow causes the bag to remain partially inflated and so facilitates one-handed performance of IPPV.